It's Time to Vote Leave 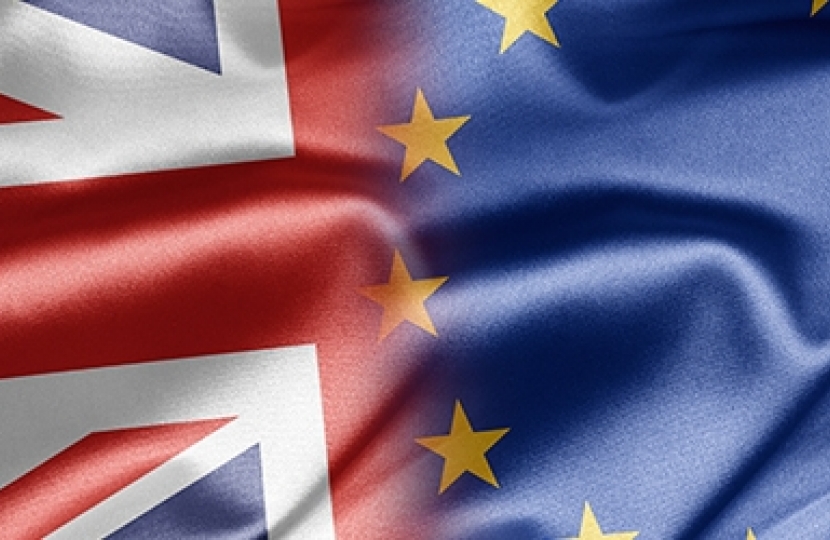 Local MP, Kit Malthouse, is backing a leave vote in the upcoming referendum on June 23rd.  Here he tells us why..

"On Saturday afternoon in Winchester Cathedral, I finally made up my mind.

Whilst high political drama was unfolding in London with the announcement that the Prime Minister had secured a deal on the EU, my wife and I had taken the kids to the ancient capital of England for a wander round.  Visiting that immense, dazzling, thousand year old pantheon, standing by Jane Austen’s tomb to one side of the nave, I thought long and hard about the origins of my political beliefs and what lay ahead for my country.

Twenty-five years ago my degree thesis was about the tribalism and impunity that led inevitably to fraud and corruption in the European Community. Since then, I have held the view that we need to think hard about our relationship with the EU. Further, I have long believed that the sprawling political project it has become will eventually result in the elimination of the nation state in Europe. I am certain that within the next decade or so there will be an election for a President of Europe; once that enormous mandate is realised, the UK will become a merely a European California or Texas, with Brussels our Washington, D.C.

The EU is fundamentally a corporatist project too, in which power coalesces around major interest groups. As vast, mighty companies consolidate in Europe, stifling competition and innovation and shouting the odds at the huge EU bureaucracy, how long before trades unions become Europe-wide in response, giving them immense supra-national powers?  I am sure you can see how this ends. Who will rule our lives then? I am not and never will be a corporatist.

The soaring vaulted arches where the early kings of England were crowned, married and buried, confirmed me in the belief that a sovereign UK, our nation state, was worth preserving, and that our tacit acceptance of this corporatist approach actually works against the spirit of curiosity, enterprise and invention that drive both our economic and our cultural lives.

Of course, I considered carefully the Prime Minister’s hard won deal. His achievement in giving us the referendum in the first place is significant and the diplomatic effort over the last few months has been immense. The concessions and carve outs – unprecedented in EU history – are substantial, and they have been enough to persuade many of my friends and colleagues to vote to remain on principle.  I understand their convictions as I hope they will understand mine.

For my part, I cannot see how a semi-detached country can escape the political magnetism of a federal Europe given that it would be bound to participate in all its institutions. We would be drawn in as surely as gravity brings the apple to earth. Brussels as imperial capital; Great Britain the province.

Many people are making this decision purely based on the maths, of course. Will we be better off in our out? I am not blind to this issue and recognise that exit may come at a cost. Also, there will be practical problems to overcome such as negotiating new trade deals. But surely there is also an opportunity here to forge our own path with new partners.

After all, we have learned from bitter experience that being in the EU is no guarantee of good economic performance. We have just pulled through the worst recession in a generation, caused by a contagion that engulfed the entire region (starting in one of those corporatist blocks of course), and much of Europe is still locked into it. Indeed southern Europe is in economic ruin, with youth unemployment at shocking levels, and the treatment of these countries by the EU has been nothing short of chilling.

I think everyone agrees that the UK can thrive outside the EU; all we differ about is whether the price of exit is worth paying. I believe that it is.

Some say that we are safer and more secure inside the EU as it facilitates co-operation on terrorism and crime, and is a bulwark against Russian aggression. I cannot see this logic and did not see it particularly when I was Deputy Mayor for Policing in London. Yes, the Met collaborated with EU countries on crime fighting and terrorism, but we also worked closely with non-EU countries. Similarly, a close relationship with our European allies in NATO is vital for our security and would of course continue. Clearly, security cooperation is its own imperative and hardly requires formal political union to be effective. On the contrary, withdrawal from the EU would give us greater control of our borders, thereby enhancing our security.

Finally there is the issue of sovereignty. Some colleagues have made the case that we need to rethink the nature of sovereignty in the 21st Century. They say that technology and globalization are blurring geographic and cultural boundaries, creating new powerful corporations and social networks that supersede the “old fashioned” nation. Such is the pace of change and the scale of the challenges we face, they say, that co-operation is vital and coordinated global action is needed.

I don’t disagree with this analysis, but I worry about the complacency about democracy implicit in this view. For in the end the only safeguard of our rights and freedoms is a robust embrace of representative democracy whose only viable home is the unified nation state. The history of the world is filled with evidence that this is true and indeed there are many parts of the globe that still struggle to obtain the privileges we have.

We have an historic choice to make, every one of us. It may never come again and even if it did in, say, 50 years we would be so embedded that the cost would truly be catastrophic. This could be our last chance – I urge you to think carefully before you cast your vote.

As we left the cathedral in the drizzle last Saturday, my wife and kids cheerfully huddling beneath umbrellas, I recalled a line from “Emma” possibly Jane Austen’s greatest work:

“ What is right to be done cannot be done too soon.”